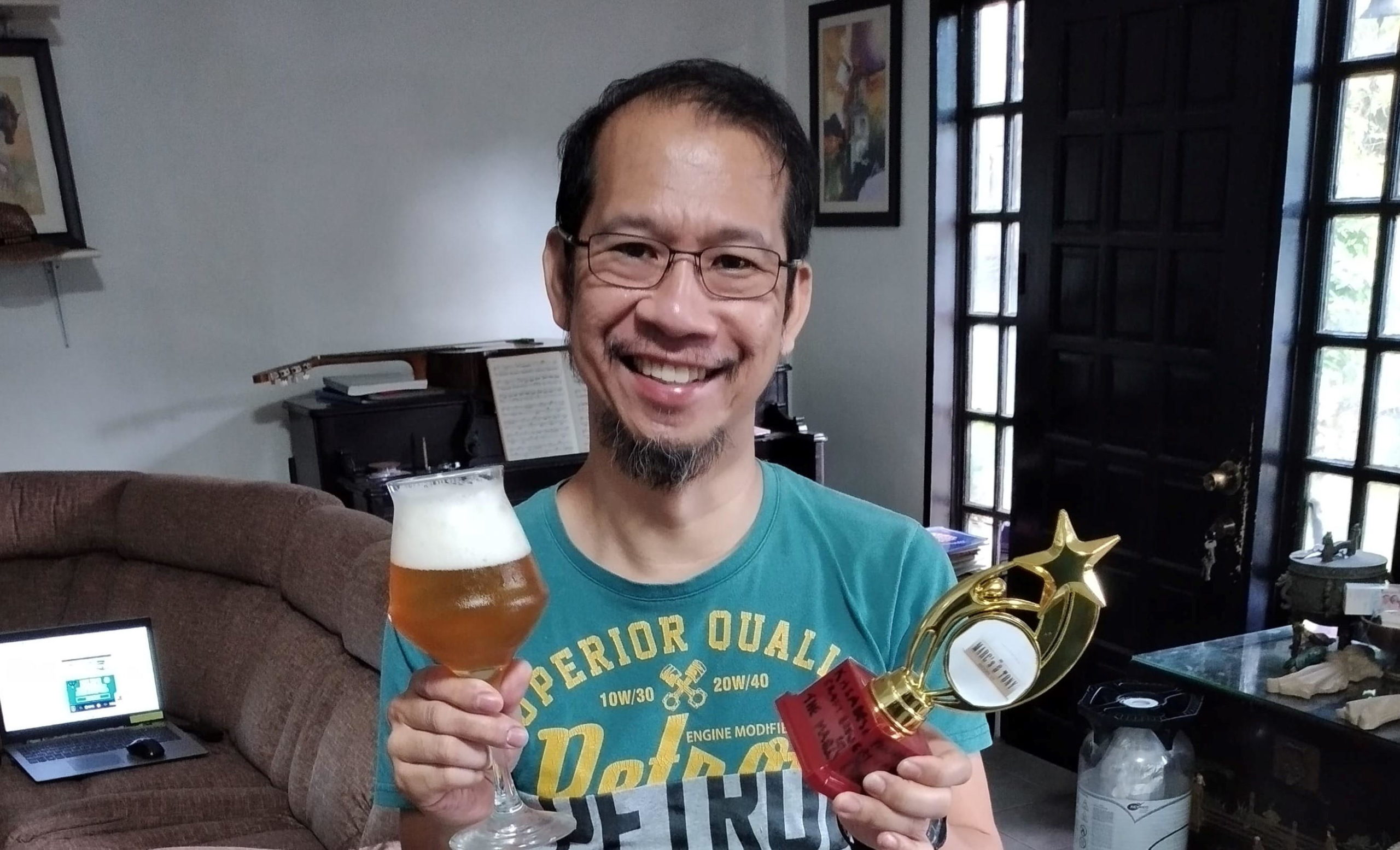 It’s that time of the year again, the announcement of the Kasabesa Philippine Craft Beer Awards 2020. For the second year in a row, these awards are chosen, by you, the readers of the Kasabesa site. It’s a great chance to show your support of local companies by voting for your favourites throughout the last year. This year, I added a few sections including Brewery of the year, favourite place to drink and best regular International Beer. Obviously, 2020 bought massive challenges to everyone, and several businesses, unfortunately, shut down. It was heartening to see a majority pull through though and hopefully, we will see 2021 bring further growth.

International Beer of the Year

Time to announce the votes favourite International Beer. There were quite a few options thrown up in the vote, although some were not considered due to ability to get these products. However, there was a clear leader in the poll that are regularly available. It is an American pioneer in the craft beer scene and one of the first brands to make their way to the Philippines. That is, of course, Stone Brewery with their hard-hitting IPA’s, they are clearly a favourite amongst you, taking out the Philippine Craft Beer Awards 2020 – International Beer of the Year. There was a wide selection of other beers coming in behind which included Brussel Beer Project, Rogue and Sierra Nevada.

If you’re a fan of these beers and you want to try them, the best places to look are Global Beer Exchange, Two Belgians, Grapevine and Drink It Now, Pare. It should also be noted several other Belgian beers were mentioned, all of which you can get from Two Belgians. 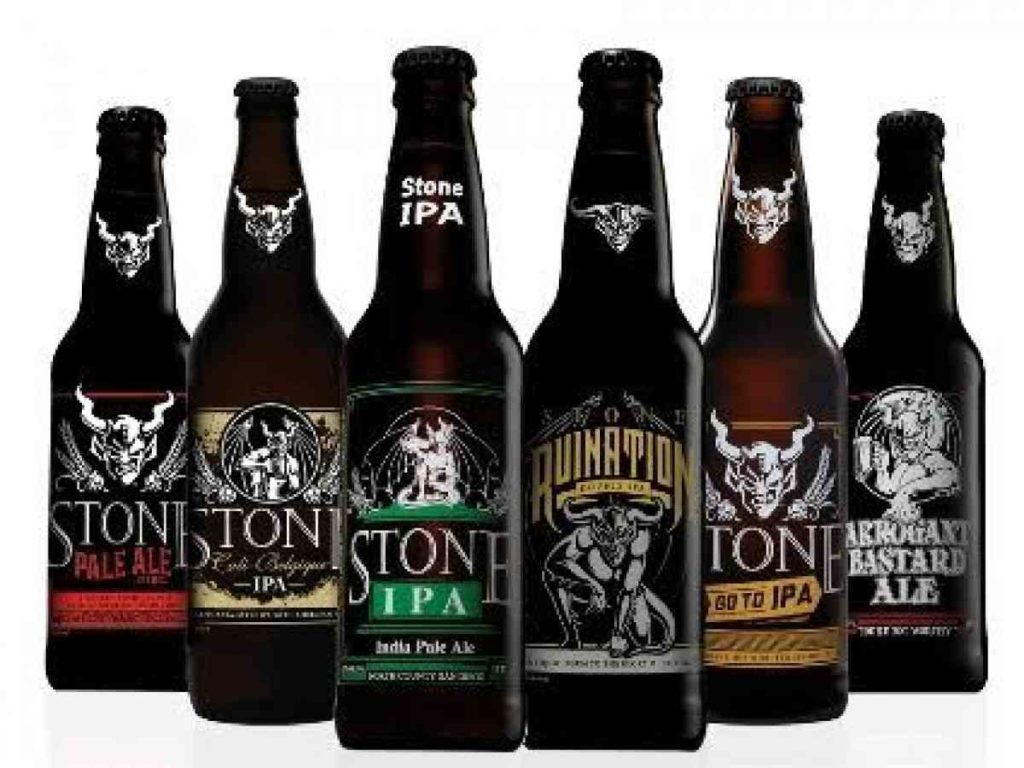 A slightly sombre note to this award for 2020. While it appears most of the breweries were able to get through the difficulties of the year, lots of bars and restaurants were not. Bars such as Curious Creatures, Big Bad Wolf, Polilya and The Taproom were just a small selection of the venues that closed permanently this year. These were all venues that championed craft beer and always supported local businesses. While they may not return under these names or locations, let’s hope we see those behind the name back in action soon.

It should come as no surprise who the top three are in this category are all places that also brew their own beer. There is a special feeling about drinking a pint of beer from the tap that was fermented just metres away. Again, unsurprising was the fact that home was a popular choice amongst the voters this year.

In 3rd spot is the recently re-opened Pierre’s Craft Beer and Liquor Cellar. When a planned smoker starts soon, Pierre’s could get a lot more votes next year. The Perfect Pint was one of the first places to be able to re-open for service and was able to provide delivered food in the early months of quarantine. They are your second favourite bar or restaurant this year.

Taking out first place in the Philippine Craft Beer Awards 2020 – Best Bar / Restuarant, with a runaway lead is Elias Wicked Ales. The 13 Ubay brewpub was renovated and opened its door late in 2019. Thankfully, they were able to survive the initial lockdown and came through the other side with a range of new products. While following the strict guidelines of cleanliness and social distancing, the team at Elias Wicked Ales is back providing great food, beer and service. 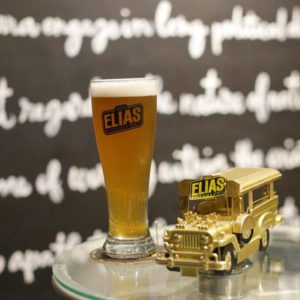 Philippine Craft Beer of the Year.

Despite the difficulties of being able to leave the house this year, there were still plenty of opportunities to try craft beer. With the online sale boom happening, a lot more breweries were introduced to craft beer fans that may have not had a chance before. This is shown in the voting for the Craft Beer of the Year with 133 different beers being nominated from 34 different breweries. An impressively broad range in the votes, however, there were also a couple of breweries that had multiple beers nominated. In fact, one brewery had 14 individual beers in the tally, while another had 11. Clearly, they like to mix it up on brew day.
Before we have a slightly more in-depth look at the Top 5 – let’s have a look at the rest of the top 10.

Now onto the top five craft beers of the year. It was a very close contest with only 9 votes separating 1st and 5th and the winner only won by a single vote. To those that voted in the Craft Beer of the Year, I feel the breweries represented here will be of no surprise.

Without any further delays:

Your 5th favourite beer of the year was: 3 Stars and a Haze by Elias Wicked Ales.
This NEIPA was a strong return to form by Elias Wicked Ales who was one of the first brewers in the Philippines to brew the juicy, hazy style. After spending a couple of years fine-tuning and adjusting due to difficulties getting the correct ingredients, the latest version of the 3 Stars was an immediate fan favourite. And it shows in its 5th placing.

In 4th place is a beer by Tito Tony. The Marc’s and Tony Brewery highest rated release this year was Andromeda. Released back in 2018, this is one of Marc’s and Tony Breweries first NEIPA’s and they’ve been dropping these constantly over the last 3 years. In a remarkable effort, this is the only beer to return to the top tier of the vote from last year.

Coming in the bronze medal position is Astral Traveling from Half Baked Brewing Collective. This heavy hazy DIPA came in at nearly 9%. It was also only released in a very small batch and yet hit such a chord with the voters in finished 3rd in the tally.

And speaking of the cosmic beings from Half Baked Brewing, they also took out 2nd place in the vote. This beer was not only an amazing beer in itself, but it was also brewed to represent one of the great causes of 2020. That is right, the Black is Beautiful stout finished second in the Craft Beer of the Year by a single vote. While it is unlikely we will see beer again, Half Baked is working hard on making amazing stouts in the future. As an aside, for those playing at home, most of you will know I also brew with Half Baked. However, the beers that finished in the top 10 were 100% the main face behind Half Baked (ie. Not me) and I just kept him company on the day.

As we just mentioned, this beer took out first place by a single vote. In fact, this craft beer is used to taking out awards after collecting Silver at the Asian Beer Championships in 2019. In first place and your Philippine Craft Beer Awards 2020 – Beer of the Year is American Sunrise Pale Ale by Mitchell’s Backyard Brewing. Congratulations Mitchell’s and enjoy that trophy that is yours to keep. 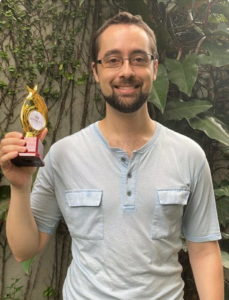 Philippine Craft Brewery of the Year.

Now onto the final part of the awards, the Craft Brewery of the Year. There was a good selection of local breweries that were represented here. 31 different places collected votes in a 3-2-1 system. Despite this, there was an apparent and well-deserved winner in the category. Before we announce that however, let’s quickly look at the rest of the top 5 as voted by you.

In 5th Spot is Cebu based brewery Turning Wheels. Famous for their old school style IPA’s, Turning Wheels managed to get some bottled beer into Manila by the end of the year. A welcome relief to those who haven’t been able to travel this year. Although those based in Cebu may be jealous, they now have to share.

In 4th place is the current JamBEERee champion Hideout Craft Brewery. Not only content with winning the JamBEEree at one of the last events of the year before everything shut, Hideout has also been steadily releasing new beers all year. None more popular than the Hop Brother, which was their highest-rated beer and it finished just outside the Top 10.

Backing up their Pub / Restaurant of the Year and 5th Place Beer of the Year is Elias Wicked Ales. Finishing in 3rd place these fan favourites have been working extra hard this year to push through the boundaries 2020 has thrown up. Whether it was turning old beer into much needed sanitized alcohol for front liners or improving their recipes. They’ve appeared to do it all, including being one of the first venues to reopen.

In 2nd place is Half Baked Brewing Collective. This is a result that matches the fact they had 3 beers in the top 10 of the year. Always looking to push the boundaries in what they can achieve the only thing likely to hold them back is a severe dislike of canning the final product. They’ve also planted the seeds and worked hard to get some significant events started in craft beer. Fingers crossed they can continue these in the second part of 2021.

Rounding out the count with a runaway lead is a brewer who might just be the hardest working brewer in the country. Small batch brewing three or four times a week, personally delivering his products and still getting out there and supporting local. Happy to announce the winner of this year’s Philippine Craft Beer Awards 2020 – Best Brewery is The Marc’s and Tony Brewery. If there is a beer style out there, Marc’s and Tony may have actually brewed it this year. This was evidenced with 14 different beers getting nominated in the Beer of the Year. So it is of little surprise you found him the best of the year. 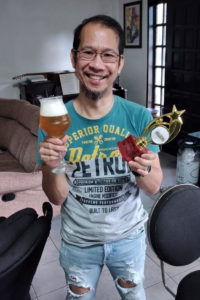 Congratulations to the winners and in fact all those that got nominated. This is getting bigger every year, and hopefully, like the craft beer scene in 2021, it’ll keep growing.

To find out more information from all of the award winners, plus much more follow the below links:

FacebookTweetEmail
Manage Cookie Consent
To provide the best experiences, we use technologies like cookies to store and/or access device information. Consenting to these technologies will allow us to process data such as browsing behavior or unique IDs on this site. Not consenting or withdrawing consent, may adversely affect certain features and functions.
Manage options Manage services Manage vendors Read more about these purposes
View preferences
{title} {title} {title}
Share this ArticleLike this article? Email it to a friend!
Email sent!